Barnett & Hill brings you 11 years of real estate data on single-family homes sold in the Abilene market.  New to this year’s analysis is data for Jim Ned Consolidate ISD (JNCISD).  New bond elections and development in JNCISD will make sales data for this school district interesting to watch in the coming years.

To get a sense of how prices have moved across time, price/sqft was adjusted for inflation using the Consumer Price Index (CPI).  This makes the gains in price/sqft less dramatic across the last 11 years and reveals the impact of the downturn that began in 2008 without the distortion of inflation. 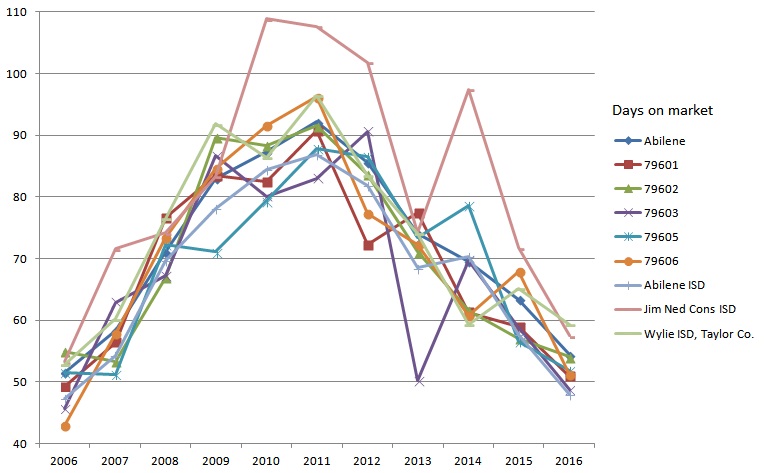 Following the economic events in 2007, we begin our data with builder sales in 2008.  Our oil-enabled market began to recover in 2009, slacked three years, and began to grow in 2012 to today. 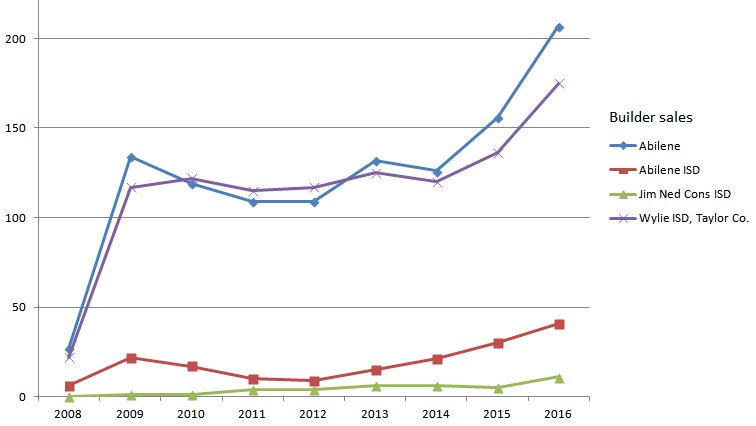